There is a fine line between what a MLM is and what a Pyramid Scheme is, and why one is legal and why the other is not. In this Advocare MLM Review I reveal the details of this company including why it can no longer be called a MLM. Let’s get into it. 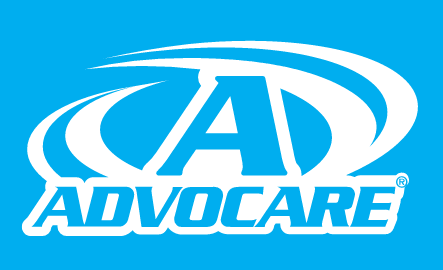 So what is Advocare?

Advocare is a Health and Wellness and in particular a Weight-Loss Company whose name is short for ‘Advocates Who Care’. Its Headquarters is in Plano, Texas USA. Advocare started business in January 1993 so has been around for a while now. Originally a MLM Company, Advocare is no longer offering MLM benefits. More about this later.

What does Advocare Promote?

The range of products Advocare promotes includes the following.

There definitely is a common theme running through the product range as you may have noticed and that is supplements. You may have already realised as well that the market is flooded with supplement based products.

Are Advocare Products worth their Price?

The products are pricey for what they are because just by shopping around a little you will find similar discounted products almost anywhere. For this reason I am going to say that the products are not really worth the price.

The Advocare products are not exclusive. Advocare products are readily available on Amazon, Fishpond and Ebay. Products are pricier on Fishpond which is a New Zealand site and shipping from the US is exorbitant making the products 3 to 4 times more expensive. As a prefered customer, any discount passed onto you from Advocare would be swallowed up in the shipping costs, at least those in NZ.

Network marketers are shifting from MLM to Affiliate Marketing.
See the platform that they’re switching to.

What is the Advocare Opportunity?

AdvoCare was a multi-level marketing company prior to July 2019. In March 2019 Advocare had announced that it was revisiting its MLM business model after private and confidential discussions with the Federal Trade Commission or FTC. As a result, Advocare informed it’s 100,000 plus distributors that it was being forced to let go of the MLM model, and therefore only paying compensation for actual sales and no opportunity to earn more from recruiting sellers as with MLM models.

Why is Advocare no longer a MLM Company?

The FTC ruled that Advocare was a pyramid scheme in October 2019. Advocare swindled hundreds of thousands of consumers out of money. According to the FTC, AdvoCare rewarded distributors for recruiting new distributors and getting them to spend large sums of money while pursuing the business side of Advocare, and not for selling products.

Nearly all of these distributors lost money as expenses hiked. AdvoCare and its former chief executive agreed to pay $150 million for consumer refunds in a landmark settlement. They were also banned from partaking in multi-level marketing. Two top promoters of AdvoCare’s also settled with the FTC for $4 million. However, most of it was suspended, because of their inability to pay. They were also banned from ever taking part again in multi-level marketing. The following video is one account of the events that followed the banning from a distributors point of view.

On another serious note, the Advocare payment system has been compromised and the unlawful taking of credit card payments from customers and even those who have never had dealings with Advocare. BBB has recorded a number of these complaints on their website. You can see such a complaint in the following screenshot.

How Much Does it Cost to Join Advocare?

It will cost $19.95 to sign up to become an Advocare Preferred Customer to receive a 20% to 30% product discount. As a preferred customer you can only purchase products for personal use and not to sell products to others or take part in the Advocare compensation plan. Only Advocare independent distributors are able to sell Advocare products and participate in the Advocare business opportunity.

Can you Make Money with Advocare?

The only viable option to make money as an Advocare Distributor nowadays, is from commissions from retail customers. A distributor can no longer earn commission from their downline, which is inline with the ruling that Advocare are no longer allowed to use the MLM model.

Is Advocare a Scam?

Advocare has definitely had its share of controversy and has crossed the very thin line from MLM model to Pyramid scheme because it scammed it’s distributors out of money. Today it can no longer operate as a MLM company, however, it can still operate as a business nonetheless and if you are a distributor there is only one way to earn income.

The fact that Advocare are no longer a MLM company means that its distributors no longer have the potential to build a network of sellers and recruiters and therefore no ability to earn commissions, rewards and bonuses from the efforts of others in their network. Not necessarily a bad thing because now, each distributor is paid on their own ability and not rewarded for someone else’s efforts. This now means that all Advocare distributors are on an equal par. While Advocare has taken positive steps to rectify some serious issues including unlawful credit card payments from those who are not even Advocare customers, still enough has not been done to undo the taint on its name and this has hurt them and their distributors.

MLM is not the best opportunity, but online affiliate marketing has grown in popularity over the past couple of decades and since the internet. It’s popular with age groups from teens to the elderly retired, only needing a computer and the internet. It fits all levels of experience, whether a beginner or a pro to the online scene. Even MLM’ers are making the shift over to web-based affiliate marketing for good reasons. So, here’s a comparison between Advocare features and Wealthy Affiliate, a leader in affiliate marketing training and online business hosting.

Network marketers are shifting from MLM to Affiliate Marketing.
See the platform that they’re switching to.