For years, I was considering starting my own business and attempted a couple of businesses over the years. One of the businesses was a shoe retail outlet and the other was based on Multi-Level-Marketing. I learned an awful lot from both but neither were successful for me – I failed and this hurt me both financially and it also knocked my confidence.

Both businesses required copious amounts of time for little in return, and a sense of hopelessness came over me as a result. So I returned to work for others but was still longing for my independence and freedom. Then the internet came along! I was starting to hear about the opportunities the internet was presenting, and I thought to myself that I would like to take a closer look. So this is when I embarked on a journey of discovery! I started searching for online business opportunities and I landed…well…here’s my story…

Green As A Cucumber

I was as green as a cucumber, not the sharpest pin in the pack, and so had no clue about how people had built a successful online business. I wasn’t at all ‘social’ on the internet like others are on Facebook, Twitter and such. They were just words to me…had no clue at all. So I knew that there would be plenty to learn if I was to have any chance of operating an online business let alone being successful at it. BUT I WAS GOING TO GIVE IT AGO ANYWAY.

I had so many questions. Were there people like me doing this, would I be able to successfully have my own online business that was actually turning revenue? Would I be smart enough to learn all of the technical sides of things working with computers, social media and such?

Setting Out To Find The Answers 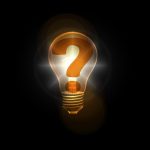 Well, I began my quest setting out to find the answers to my questions and the first place I started was with Google of course…as you do! My research was extensive and time-consuming and it took me to a whole lot of places. I had information overload and at times it became daunting and overwhelming looking for the piece of information I require only to be distracted by truckloads of the stuff.

I would start my searches with quite broad terms but learned to narrow the terms down to try to find the specific information I needed. There was still a lot of sifting through the results but in the end, I decided that there was no way I was going to be able to do this on my own. I needed somebody to teach me this stuff step by step.

That’s when I started searching for training opportunities specific to affiliate marketing and found three options I thought I would go a little deeper with to try and uncover more. I was looking for at least one of these options to offer the training that I thought would suit me best.

In the end, my options were narrowed down to just three. They were…The Lurn Academy – more specifically teaching just one strategy; e-mail marketing:

So here I was, digging deeper into each of the three contenders. There were three specifics I wanted to compare.

Firstly, I wanted to compare the training packages each were offering (remember, I had no clue, so whoever I was going to end up choosing, needed to have the training appropriate for someone who had just landed on Earth for the first time).

Secondly, I wanted to compare each of their support networks for people Like me. For example, could they answer my questions in a timely manner and could it be explained in a way that someone like me would understand? Could I learn at my own pace without being rushed and also, would support be available 24/7.

The last thing was, of course, the cost. How much would it cost me for all of this? It seemed that I was asking a lot. In a way, if I couldn’t find what I needed, then there was a good chance that I wouldn’t even start – but I was determined, and within a few months, I found what I was looking for – amazingly!

So Who Came Out On Top? 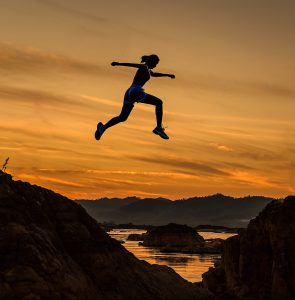 Which of the three did I end up starting my online business training with?…

How much did it cost me?…

Did it meet all of my expectations?…

Is my online business making money?…

All The Answers to the above

I went with Wealthy Affiliate; I could start for FREE, that’s right, I could try it out before getting serious and then it would cost me just $49 a month – the other two weren’t offering this so it felt like I needed to just give it a go and see what I could learn as a result; It did not disappoint! It met all of my expectations and more, and it started earning revenue two months in since starting my training and continues to make money every month. I know more about online business and particularly, affiliate marketing in a way that I never thought possible in a very short amount of time. It blows me away still…

What can I say…